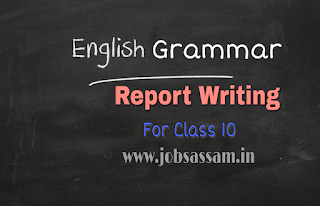 1. A newspaper reporter was sent to report on a road accident. Below you can see one page of his note using the information, write out a report for the newspaper in about 60 words.
Ans. Picnic Bus collide with truck drowns in the Barak Badarpur ghat.
Dec. 3 2013, A bus of school picnic party collided with truck on the bride over the Barak river at Badarpur Ghat at 8 AM today. Hit by the Truck the bus fill in to the river. Fourteen children were rescued while twenty dead bodies were recovered. Many are still missing who are Suspected to have been drawned. People crowded the area to witness he scene. Vigorous rescue operation in going out it is reported.

2. Prepare a news paper report using the information given below. Don't add any new information. Robbery in SBI Branch.
— Tezpur.
— August 17th, 2013— 3pin.
— Six robbers in a Van, four enters the bank, two inside the van.
— 20 lakh, looted within 20 minutes.
— Cashier resisted — was shot dead.
— Police come — no arrested so far.
— investigation is on.

Ans. Robbery SBI Branch
Tezpur August 17th 2013, A daring dacoits in looted day light occurred today at 3 PM in the SBI Tezpur. Six robbers in a van come to the bank, four of them entered the bank while two remained inside the van. The robbers looted Rs. 20 lakh with in 20 minutes and leaved away. The Cashier who resisted was shot dead. Police came and investigation in going on. One robber is arrested sofa.

3. Prepare a report for a local English daily on the basis of the following information.
Ans. Dhula, March, 20, 2012, A twelve years school boy while coming to school was hit by a tractor with loaded earth coming serious injury People rushed to the spot to witness the incident which cast gloom in the locality. At once 108 was called to take away the accident victim to the nearby medical hospital Police was informed one a case was registered. In the meantime the tractor driver was arrested by the police.

4.Write a report for a news paper on the basis of the information given below:
👉 HSLCEnglish Grammar Correct Tense